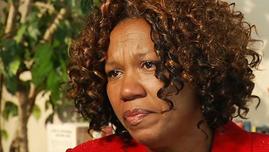 Rose Parker is a California woman who killed her ex-boyfriend out of self-defense. Her ex entered her house where her children were present, with a gun and threatened to kill them all. She served 15 years in prison. After trying to receive executive clemency for 10 years she finally received a pardon from then governor Arnold Schwarzenegger in 2011. Parker is said to have suffered battered women’s syndrome at the time of the fight but that was no admissible to the court as evidence. Serving 15 years in prison, she missed most of her children’s lives as they were raised by her brother. Now a pardoned woman, Parker has become a minister and founded a support group called “Saving Our Women.” She married a fellow minister and they serve in San Bernardino serving the poor.

Check out the segment that ABC News had on her story!!!