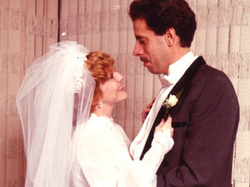 Barbara Sheehan was 46 years old, married to Raymond Sheehan, a retired police sergeant, and living with him in Howard Beach, Queens in 2008.  They have two children – Ray and Jennifer.  In 2008, Barbara and Ray  went to visit their son at college to watch him play football.  The family went to the game, ate dinner, and then Barbara and Raymond headed home. The car ride home was one she wouldn’t forget.  On numerous occasions Barbara was beaten, but this particular time she ended up with a broken nose after Raymond pounded her in the face on the car ride home. That was the last time Raymond would lay his hands on her. On February 18, 2008, Raymond left his weapons on the bed while he was shaving. Barbara picked up his .38-caliber revolver and shot him five times. She then proceeded to grab his Glock and shoot him six more times.  She had finally had enough of the abuse and took the matter into her own hands.

Check out her own personal account of the incident below!!!!